Why is the Fed interest rate decision so important? 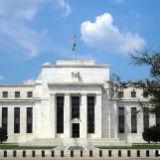 The question when the Federal Reserve is going to raise the interest rate for the first time in years has been dominating the markets for months.

Every word uttered by members of the Federal Open Market Committee (FOMC) - the branch of the Federal Reserve Board that determines the direction of U.S. monetary policy - is carefully disected in search of clues as to the timing of the first rate hike. Every new figure about the U.S. economy is immediately analyzed and explained as either improving or diminishing chances of a rate raise in the final months of 2015. Inflation, labor costs, employment, industrial production, export, they are all viewed in light of the approaching rate raise - the first in nine years - of the Federal Reserve.

U.S. banks are obligated by law to keep on hand about 10 percent of their outstanding liabilities, either in their vault or at the Federal Reserve. Since banks can’t do anything with these Federal funds, they always try to keep them at the legal minimum. Of course on a day-to-day basis some banks may need extra funds for a short-short-term investment. In such cases banks usually borrow from other banks whose Federal funds balance at that moment is a little more than required. The interest these banks charge each other for such a loan is the Federal funds rate.

But don’t let the fact that the Fed doesn’t have the power to set the rate directly trick you into thinking it can only hope and pray the banks follow their desired rate, because the Federal Reserve does in fact have a powerful weapon to get its way and have the effective rate move in the direction of the target rate, namely the buying or selling of government bonds on the open market (also known as Open Market Operations).

What happens when the Fed raises/lowers the interest rate?

When the interest rate rises, money becomes more scarce and investing therefore more expensive, which can have a dampening effect on stock markets. The dollar will normally rise against other currencies when the Fed raises the rate, though part of that rise might have already been priced in by markets. A more expensive dollar has a dampening effect on U.S. export and a stimulating effecting on U.S. import, this because foreign products - priced in foreign currencies - will be relatively cheap in dollars, whereas American products - priced in dollars - become more expensive abroad.

What factors influence the Fed in its decision?

The monetary policy of the Federal Reserve is aimed at achieving full employment and guarding price stability.

In its regular policy statements, the Fed has said for a long time that more improvement was needed in the labor market, but in the July 2015 statement the FOMC hinted it was gearing up for a rate raise by saying that only “some” improvement was needed in the labor market. Obviously this makes the monthly U.S. employment figures - the so-called Non-Farm Payrolls - all the more important.

Aside from employment figures, the Fed will of course also take into account other macro-economic figures, such as the growth of the industrial production, consumer spending, the housing market etc, all figures that reveal important information about the state of the U.S. economy.

Impact on the Forex

As said, the effect of a rate hike is generally dollar positive. The last time the Fed raised the interest rate was 2006, so when it will decide to actually raise the Federal funds target rate, the effect on the forex will likely be sizable. Momentum will likely be on the side of the dollar bulls, not just on the day the decision is announced but also during the weeks that follow the decision.

Of course part of the rate raise will already be priced in, because investors and forex traders have been anticipating the rate hike for some time and taken this into account in their currency positions. It's important to realize there is no guarantee the dollar will actually rise, it could also be a matter of buying the rumor, sell the news, making for the paradoxical effect of a falling dollar after the Fed raises the rate.

But whatever else, if the Federal Reserve indeed raises the rate in September - or a couple of months after that - it will be the first of the big central banks that makes a big step towards normalisation of its monetary policy, after years of ultra-low interest rates. That fact alone will likely have a big impact on the forex, despite all preparation and anticipation by forex actors.

Available at Amazon
and other stores 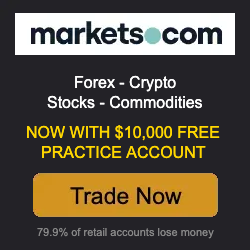